Why We Pick Leaders with Deceptively Simple Answers

Why We Pick Leaders with Deceptively Simple Answers

In the Harvard Business Post from May 2016, Gianpiero Petriglieri, wrote an article on Why We Pick Leaders with Deceptively Simple Answers. He opened the question. Mr. Petriglieri makes the point that a growing amount of recent research shows that the more uncertainty we feel, especially about our identities, relationships, and future, the more vulnerable we are to the reassuring appeal of leaders peddling the simplest and most dangerous of narratives.

So what the article really says is that we, as human beings, are drawn to people who give simple, clear and concise messages. That is a truth but also can be vouched for as in 2015, the Harvard Business Review voted Lars Sørensen, the CEO of Denmark-based Novo Nordisk, as the world’s top chief executive due to his company’s high ranking for both its financial metrics and its performance on environmental, social and governance issues. Why did Mr. Sørensen get this accolade over some of the more notable, marquee-named and controversial CEO’s in the world?
Lars Sørensen came from the operational side of the business. As a CEO and leader his first principle was to change his perspective – to be less operational and more involved in setting the direction of the company. He had to focus more on establishing the tone and the values and personally communicating with those around him. In an interview with Harvard Business Review in Nov 2015, he admitted that was a big transition as he was more comfortable running the business, selling stuff and manufacturing stuff. Now his job is to sell the business to his shareholders and those around him. You could argue that LarsSørensen is a man that changed his view from the detail of what needs to get done to the objective of keeping his message simple and effective.
So for Project, Program and Portfolio management, what can we take from the messaging of Why We Pick Leaders with Deceptively Simple Answers. For me there are five things: 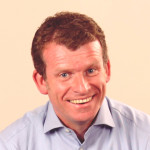