The BRC project has been on the go since 1998 and there is no doubt that it has improved standards throughout the food manufacturing sector in this period but as with every standard that matures over time is its relevance declining?

ISO9000 suffered such a fate in the food sector as it was surpassed by FSSC which was newer and of greater relevance.  As one who reads many BRC non-conformance reports the same ‘low hanging fruit’ keeps appearing e.g. “No proof that blue plasters were metal detected.”  Do these types of observations really add value to the business with regards to Risk Management?

So what are the major changes to BRC Global Food Safety Standard Issue 7?
Supplier approval has been added to the list of fundamentals.  This was a given due to “horsemeatgate.”  The words fraud and integrity are a bit more prominent and Agents (Traders) are targeted.  There are significant improvements to ensure the integrity of the Supply Chain.  Clause 3.9 traceability has also been expanded with 3.9.3 being a new clause again focussing on raw material suppliers.

Another area significantly enhanced is customer focus and communication.  This is an area where the technical department must step-up.  The role of technical management has changed significantly over the past 24 months.  We need to communicate better both internally and externally so that the business needs of customers/retailers are understood by all in the manufacturing environment.

(Blog post based on draft standard of BRC Global Food Safety Standard Issue 7 which  will be published by January 2015. Audits according to the new standard will take place from July 2015) 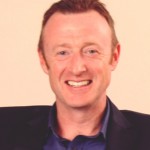