This post examines the global growth five of the eight ISO management system standards surveyed between 2013 and 2014.

A total of 1,609,294 certificates were issued worldwide in 2014, this number was an increase from 2013 when a total of 1,564,448 were issued globally. This moderate growth confirms the trends from the past two years that most ISO management system standards have now reached a steady implementation speed which endorses their current and future longevity in the market. The global share of certification to ISO 9001 and ISO 14001 have stabilised with overall growth of 1% and 7% respectively, the publication of the 2015 editions of these standards are expected to give both standards a new lease of life. ISO 50001 and ISO 22000 have proven to be the strongest performers with an overall growth of 40% and 14% respectively.

By looking more closely at each of the ISO standards listed above, we can get an insight into where gains and losses were made by each of the standards.

The uptake of ISO 9001 has slowed on a global level due to the fact that many of the world’s largest companies are already certified to this standard and are branching out to more specific standards outside of quality. The uptake may have slowed also as companies may have been waiting to get certified to the 2015 version of the standard, instead of implementing ISO 9001:2008 and then transitioning to the new standard. 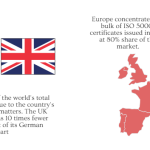 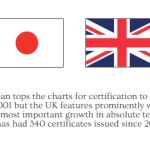 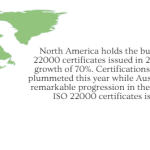 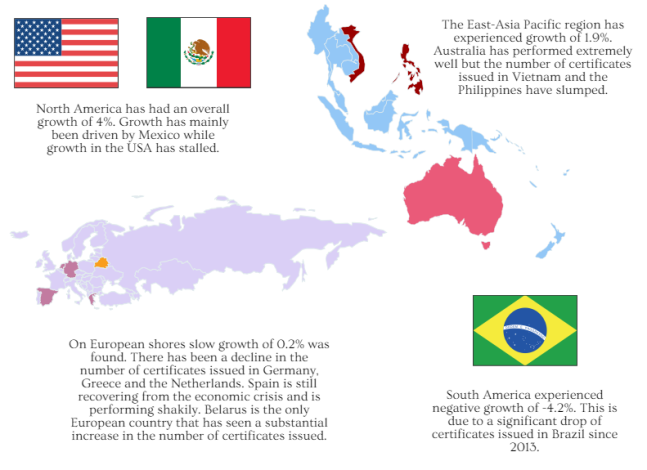 ISO 50001 is still preforming well 3 years after its release. In 2014 there has been a 40% growth in the number of certificates issued worldwide. The growth in ISO 50001 should be taken with a pinch of salt as the standard was first introduced in 2011. Its presence (and growth) is pretty small in the context of overall MSS certificates issued.

There has been a slight downturn in the number of ISO 27001 certificates issued in 2014 but overall there was a 7% growth – half the level of growth in 2013. This slight downturn may be due to the fact that companies are transitioning to the 2013 version of the standard from the earlier 2005. 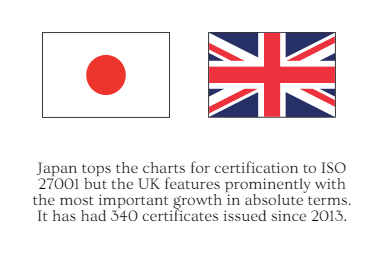 Over the next few weeks we will be concentrating on a number of countries in Europe, the Americas and Australasia to analyse how the ISO standards fared in 2014. Keep an eye out on the blog and ontwitter for updates.