The first Draft International Standard (DIS) of ISO 45001 was published in January 2016. The participating National Standards Bodies were balloted on the draft standard between 12th February and the 12th May.

71% of members voted in favour of the DIS, with 28% against and 1% abstaining. In order for the DIS to be passed two-thirds of members need to be in favour with less than a quarter against, taking abstentions into account.

The consultation that took place during the ballot period resulted in 3,000 comments. Due to the scale of feedback received, it is likely that the publication of the standard will be delayed until at least February 2017. There will be a meeting next month, where the concerns raised by participating members during the ballot will be addressed.  Once these issues have been resolved, a revised version of the draft standard (DIS2) will be produced for further consultation and ballot by members. 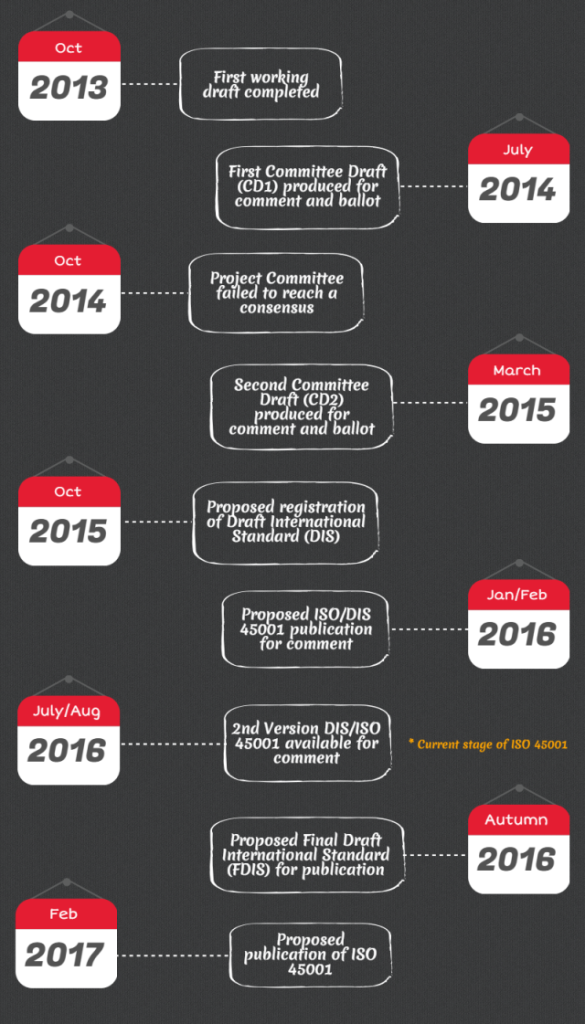 We will continue to keep you up to date on the progress of ISO 45001.