A few weeks ago saw a devastated Irish Nation watch one of its most respected and treasured Sports Leaders fall in great pain during a crucial World Cup Match. The Irish nation waited agonisingly while the news broke that due to injury, Paul O’Connell had most probably played his last match as Leader of the Irish Rugby Team. Tributes to his career as leader started pouring in while the commentary team dedicated time during their build up – to what became the Irish Teams last match of the tournament – to not just Paul’s career as leader but also to the importance of Leadership to the progress and success of the Irish Rugby Squad over the years

One of the commentary panel, Matt Williams, commented upon how lucky Ireland had been over the years to have had successive excellent Leaders who provided solid direction and focus to the Irish Rugby team. He went on to make one further interesting comment which resonated with me due mainly to how often this is overlooked when it comes to Leadership. Matt commented that people forget that Leadership is a Skill i.e. it is something that needs to be developed like all other skills. Now, if we think about building a skill like say learning to swim, we can easily identify the requiring learning, practise, patience and commitment. Also as we have said in a previous blog the ability to take feedback, to know you don’t know it all and to have the desire with humility, to understand what you do really well and what you need to do differently.

In our programs we have come across many individuals who have been promoted into Leadership roles because they were the best at what they do. Being credible to a team you lead technically and intellectually is important, think Paul O’Connell here, however being the best or the longest serving does not a leader make. Having the commitment to serve the team through leading them, knowing that it’s about the team and not you, and always the desire to create an environment where every individual on the team has the opportunity to play to their best and if you want an example here just think Paul O’Connell again. That’s a Leader and that requires dedication to that unique skill.  So natural born leaders like Paul will always present themselves, what is needed is a knowing that this skill needs to be developed, like any other. 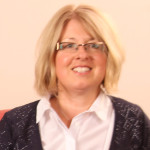